24 Improvs: Behind the music
On this page, you can get more details about the album 24 Improvs. See also: Tim's discography page or the 24 Improvs CD in the store.

I tend to plan my music projects pretty far in advance. Since 2015 or sooner, I've had a list of album concepts that I wanted to create. One of these concepts was a 24-track album where I create pieces in each of the major and minor keys.

Between late 2019 and mid 2020, I created and released five improvs as singles, but I released these while releasing other "named" tracks; improvs were recorded and released only intermittently. During the release of my album, Opus 8, my mastering engineer Joe Bongiorno introduced me to some new tools that allowed me to finish my compositions faster. Using those new techniques, I put more focus on finishing these improvs; the result was that I created the remaining 19 improvs in 12 weeks!

Unlike previous "behind the music" pages, this page won't discuss every individual track, but rather it will discuss overall ideas and concepts that I tried to incorporate into the music.
What is an improv?
The process of recording an improv is not always, "sit down, press record, play, press stop" and then a brand new track exists. While there are a few tracks on this album that were recorded that way, it was not the typical process.

My process for creating these tracks was typically to sit and get comfortable with a key for a few days; this exercise often created a melodic idea or chord sequence that I liked. Then when I went to actually "press record," I had a starting point for a track, but I didn't know how the song's structure or its transitions would sound until I had finished playing.

My only firm rule was to keep the pieces relatively short, because I wanted to fit all 24 tracks on a single 79-minute CD. I kept track of all the completed track lengths so I knew just how much total time I had left, and also what the average remaining track time could be. In addition to the track times, I tried my best to expand my comfort zone a bit and use different chord structures and melodic shapes; I'm aware of certain patterns that I've used in my music over the years, and I tried to avoid these similarities for this album.

For a few of the tracks, I gave myself a constraint or rule that became a challenge to write a track in a certain way:
Individual Songs and Track Order
The tracks are not ordered by composition date. I decided to order the tracks using the circle of fifths: C, G, D, and so on. Unlike Chopin's 24 Preludes, where he ordered the pieces by relative minor (C major, A minor, G major, E minor), the tracks on 24 Improvs are ordered by parallel minor (C major, C minor, G major, G minor, etc.).

When I was going through the process of creating the songs, I had a list at the piano of which key signatures I had not yet composed; this made it easy for me to pick an unused key and see what I could do with it. A fun bit of trivia about this album is that track #1, Improv in C Major (Gentle Stream) was actually the final track to be created.

The tracks on this album include small references to Michael Jones, Clara Schumann, Rachmaninoff, my own earlier works, and probably other influences that I'm not aware of. Some of the tracks have subtitles that describe what I was thinking about as I played it, or maybe what it made me think about after I listened to it. November Improv is the only track without its key signature (G-Flat Major) in its title; released in the month of my second daughter's birth, its cover always makes me smile.

Since the tracks were not composed in the final listed order, it is only a coincidence that several titles with subtitles are all grouped together. The tracks with subtitles are just as important to me as those without, and I'm extremely proud of how much emotion was created in these tracks. This wasn't just a technical experimental album to play in every key; I am happy to know that there is some deep emotion in these tracks. I hope you will enjoy listening to this album as much as I enjoyed making it.
What I learned
Writing a piece in every key was a learning experience. I discovered that I modulate more easily in keys with more flats, and I found that I prefer scales in E Major. I realized that I will doodle on thirds (minor or major) to get melodic ideas. I also remembered that I generally struggle to write in C Major, and that's why I put that track off until the end! Most of all, I learned that if I just let myself go, eventually I'll come up with some very good music, and most of these tracks astonished me right after they were completed. I said a number of times, "I couldn't intentionally play that again if I tried."
Artwork 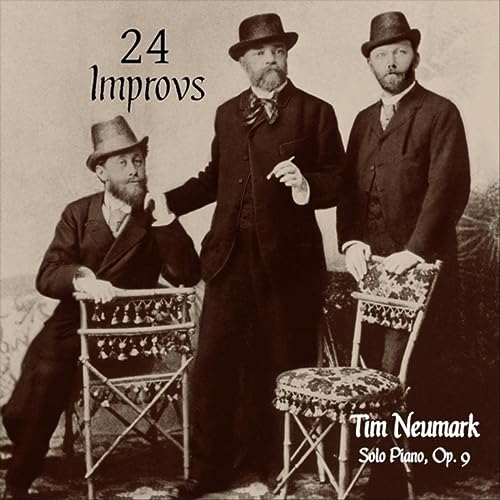 Going into this album, I had an idea that I wanted the colors to be in the grayish-brownish-sepia-type tones, similar to old manuscript paper. I searched my photos for things in that color scheme, and what I found was a photo of Antonin Dvorak that I took while in Prague. While this image technically has nothing to do with the theme of the album, the coloring worked and this gives me another opportunity to incorporate Dvorak into one of my projects. I enjoy introducing Dvorak's music to people with any chance I get!

While I could not use my own photo for copyright reasons, I was able to find proper rights to this image and license it through akg-images. The original photo is the property of the National Museum - Czech Museum of Music and can be seen on display at the Antonin Dvorak Museum in Prague. The photo displays Ferdinand Lachner, Antonin Dvorak and Hanus Wihan, c. 1891/1892; the three traveled on a "farewell" concert tour of Czech and Moravian towns and cities before Dvorak's departure for his time in the United States. Dvorak came to the US to become the director of the National Conservatory of Music of America in New York City.
Dedication 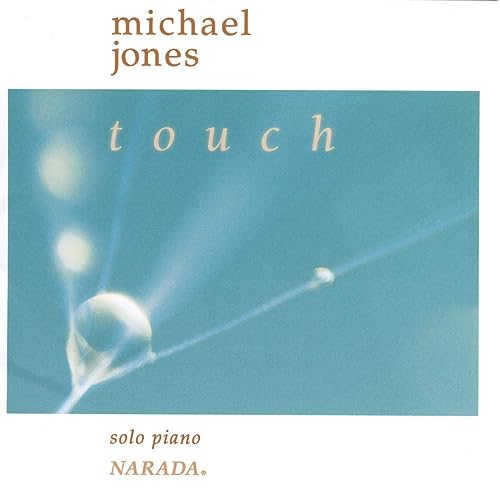 This album is dedicated to Michael Jones (1942-2022), a Canadian solo pianist whose improvisational and impressionistic style is unlike any other pianist I've ever heard. Michael's Pianoscapes is the first solo piano album I ever purchased, and his album Touch is one of my favorite albums in my collection. Touch is available on Spotify, YouTube, and other streaming platforms.